This will be the first in a series of posts about replacing the mast step on our sailboat, a 1989 Sabre 36 named Glendi. The information here is both a summary of dozens of email discussions and phone calls with Sabre owners who have already dealt with this as well as an archival of my experience fixing the issue. My hope is that this can serve as a guide for anyone who encounters this problem to save some frustration and maybe even a few boats.

Do you have a Sabre that is keeled stepped? If yes, read on. Note, this is probably more expansive than necessary as the issue does seem to be limited to certain models and years, however better safe than sorry.

The first indication that we had suffered the dreaded mast step rot, or mast step disease, was a cracked mast step plate. We noticed this when launching the boat in the Spring. Note, we had purchased the boat just a year prior and:

We all missed it.

This issue hides itself very well, and although the symptoms below are early warning signs, the only way to definitively tell is to remove the mast and drill test bores. If the bores come up wet, you’re cooked. If they are dry, thank Poseidon, throw some epoxy in the hole, and go sailing.

What are all the symptoms?

These are symptoms I have heard or read about from other Sabre owners who have fallen victim to this problem:

Everyone worth their salt knows Sabres are very well made boats. So how could this happen? Why does it happen? Well, plain and simple it is a massive design flaw, and one that could have been very easily avoided. There are differing opinions as to how the water gets into the step itself, but simply put, water comes down the mast, and spreads out over the area around the step in all directions. It is not directed properly into the bilge and over time, finds a way to penetrate the wood inside the step. Since the wood is mostly sealed, it does not rot, but over decades it gets soft and eventually will fail.

Here’s a good photo compliments of another Sabre owner that shows what lies beneath the sole and where the water acculumates. 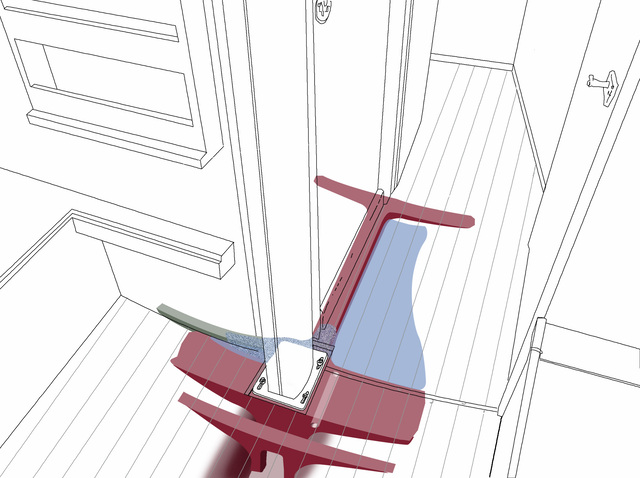 And here’s a photo that shows just how backed up the water can get inside the bottom of the mast. The owner drilled a hole in the mast and water came flowing out. 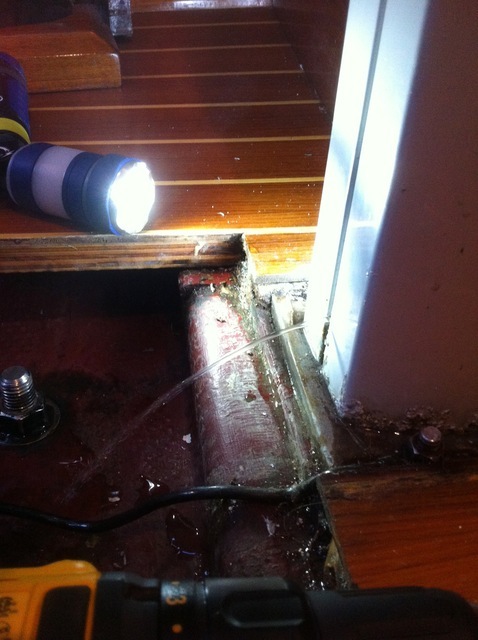 This is the most catastrophic failure I have seen which happened while the owner was sailing and ended up in a scrapped boat. You can easily see in this photo the result of the wood softening over time and the mast eventually compressing it into a pulp. 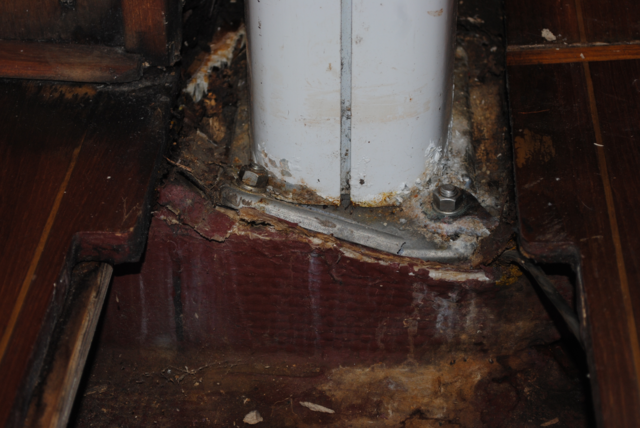 The problem could have easily been avoided is Sabre had installed a three-sided dam around the step to direct the water aft into the bilge and more effectively sealed the step. Something like this. 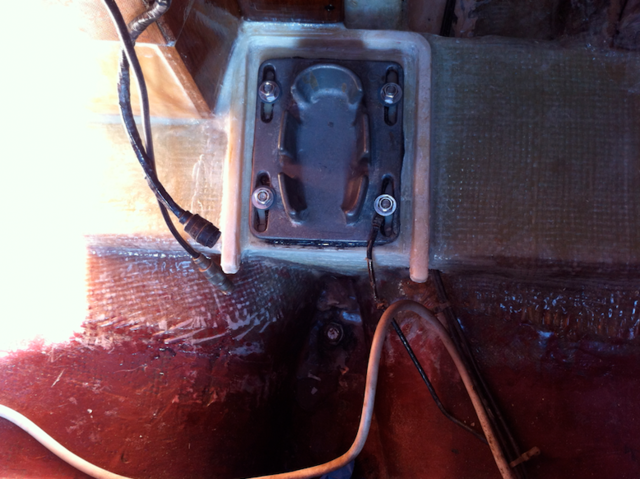 Not much to explain here. You will have to remove a relatively significant portion of the sole to get to the step and the two stringers that are fore and aft of the step. Some owners have chosen to replace the entire sole. This can easily double or triple the effort involved with this job. In our case the sole is in decent condition. The plywood under layer forward of the step is wet, however it is not structural and the topmost holly and teak cosmetic portion is dry. I’m going to minimize the sole I cut and try to get creative with how it gets covered up. I’m considering making a new floorboard to fit in the space so I can inspect the area in the future to ensure the issue does not happen again.

Look at how wet the bottom layer of the sole is here!

The next article will be about measuring to ensure I can place the new step, after I rip everything out, exactly where the old one was. I plan on building a jig (suggestion from a listserv member), hanging a plumb bob, and measuring to various fixed points in the boat to ensure I have a number of ways to verify that the new step is exactly where the old one was before.

Here are all the articles about the mast step issue from the Sabre owners group: 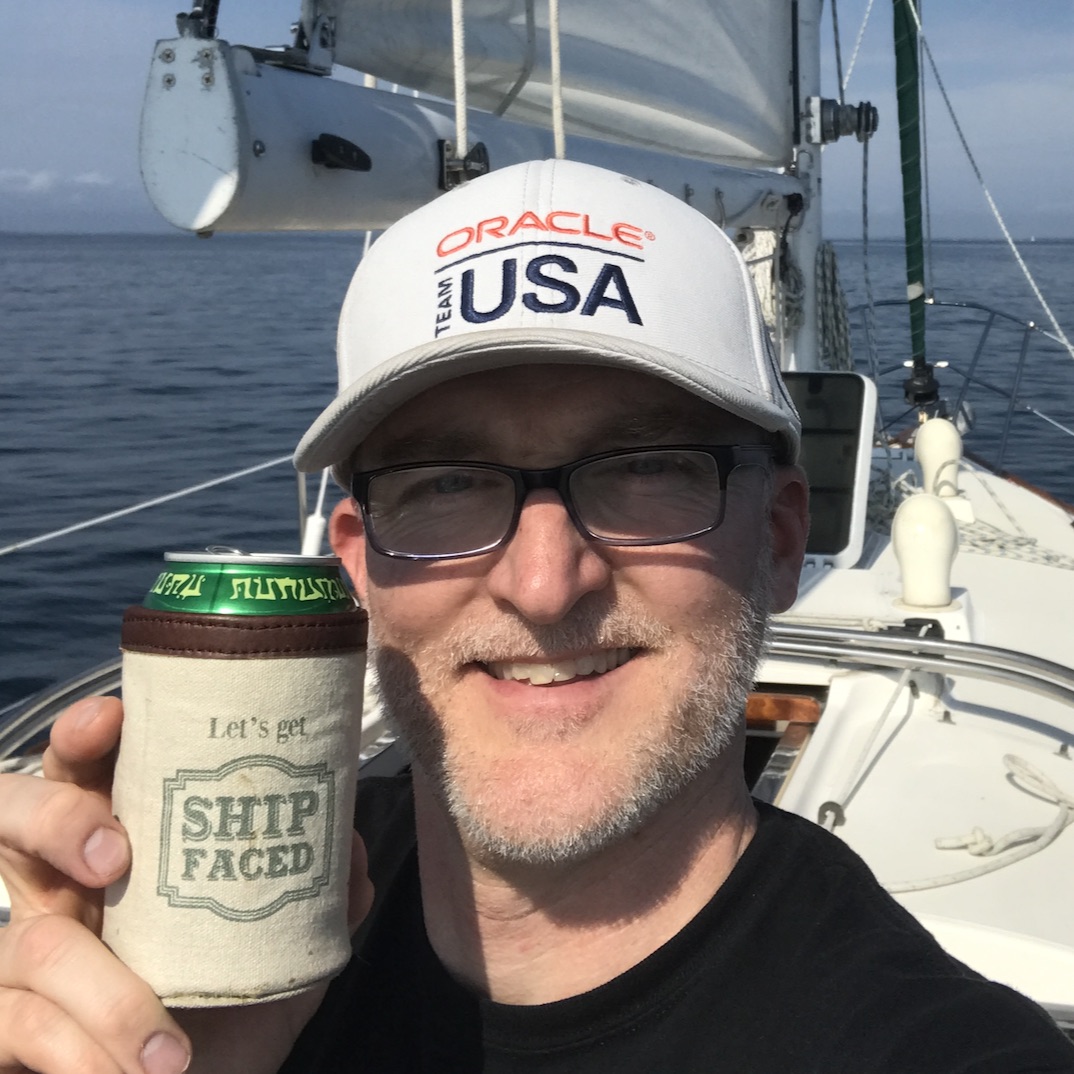